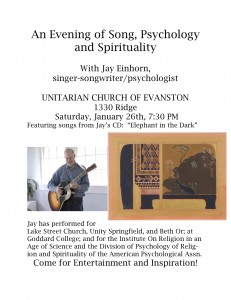 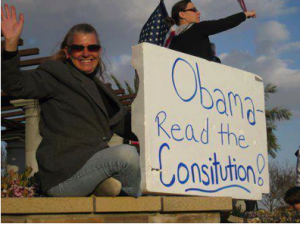 A Facebook buddy shared this photo of anti-Obama rally participants showing a sign:  “Obama, Read the Consitution.”  Of course, they think it means what they think it does, even if they can’t spell it.

Ulysses S. Grant made this striking observation about the Constitution in his “Personal Memoirs of U.S. Grant and Selected Letters 1839-1865:”  I haven’t seen a better comment:

“The framers (of the constitution) were wise in their generation and wanted to do the very best possible to secure their own liberty and independence, and that also of their descendants to the latest days.  It is preposterous to suppose that the people of one generation can lay down the best and only rules of government for all who are to come after them, and under unforeseen contingencies.  At the time of the framing of our constitution the only physical forces that had been subdued and made to serve man and do his labor, were the currents in the streams and in the air we breathe.  Rude machines, propelled by water power, had been invented; sails to propel ships upon the waters had been set to catch the passing breeze–but the application of steam to propel vessels against both wind and current, and machinery to do all manner of work had not been thought of.  The instantaneous transmission of messages around the world by means of electricity would probably at that day have been attributed to witchcraft or a league with the Devil.  Immaterial circumstances had changed as greatly as material ones.  We could not and ought not to be rigidly bound by the rules laid down under circumstances so different for emergencies so utterly unanticipated.” p. 147